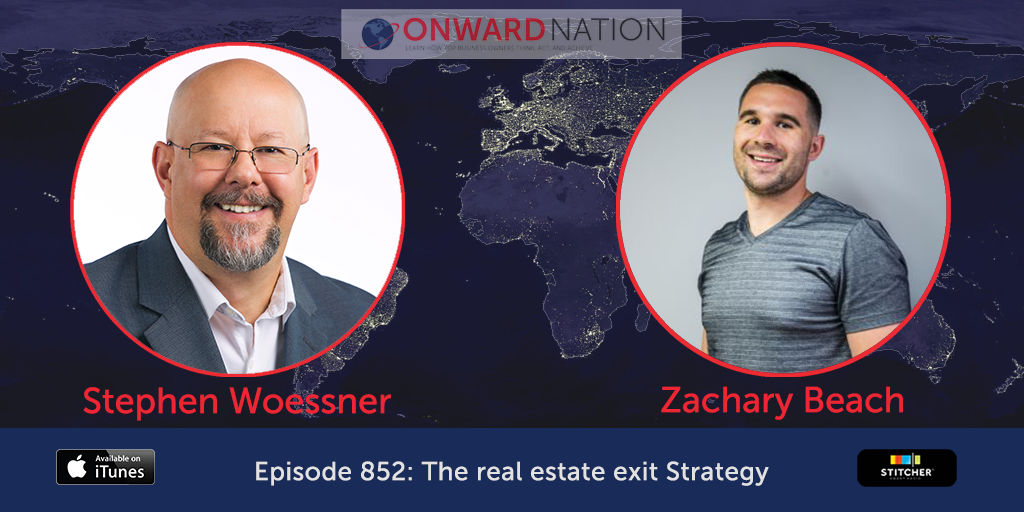 Zachary Beach grew up in central Massachusetts but relocated to Newport, Rhode Island when he graduated from college. After graduating from college, he had no idea what he wanted to do; the only thing he knew was that he didn’t want to be an employee. That word just makes Zach feel trapped. He decided to bartend and become a personal trainer for the time being while he decided what he wanted to do and soon realized that he was burning the candle at both ends, working late nights and early mornings, and he knew there was a better way.

At age 25 Zach decided to jump into the family real estate business. It was one of the first big risks he took in his life. The business at the time was small and nothing was guaranteed. Plus he knew absolutely nothing about real estate and was as green as green could be. Fast forward almost 3 years later and he is a partner and buys all the properties that come through their personal buying and selling entities. He went from bartender to million dollar business owner in just under 3 years.

After their family investment company grew their coaching company began growing as well. Zach now coaches associates and students around the country. Their mission is to empower individuals and families to create the life of their dreams and he believes they are doing just that. At this time they buy and sell roughly 10 plus properties a month around the country.

Biggest Personal Win: Besides marrying the girl of his dreams and having his beautiful baby boy, Zach was able to buy an amazing home overlooking the water with beach rights on terms. He purchased it on a lease purchase with $5,000 down and is getting $1,000 off the principle every month. This significantly reduces the amount that he will need to bring to the table when he gets a traditional loan.

Biggest Challenge: From the age of 14-20 years old, Zach was either using or addicted to drugs. He lost a best friend, multiple other friends, and a father to drug abuse. He was able to climb out of that hole by feeding his mind and body with positive food. He became very interested in personal development and constantly works on himself. Zach is also a huge advocate for health and fitness and has to work out or be active 5-6 days a week and has built his morning routine around that.