Fear can be a marvelous teacher, with Chad Hymas. 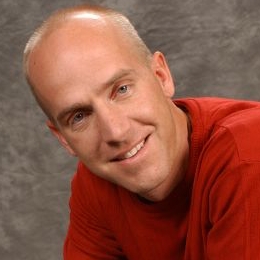 The Wall Street Journal calls Chad Hymas one of the 10 most inspirational people in the world! In 2001, at the age of 27, Chad’s life changed in an instant when a 2,000-pound bale of hay shattered his neck leaving him a quadriplegic. But Chad’s dreams were not paralyzed that day he became an example of what is possible. Chad inspires, motivates, and moves audiences, creating an experience that touches hearts for a lifetime. Chad is a best-selling author, president of his own Communications Company, Chad Hymas Communications, Inc. and is a world-class wheelchair athlete. Chad’s speaking in the areas of leadership, team building, customer service, and mastering change has brought him multiple honors. He has graced the stage of hundreds of professional and civic organizations including Wells Fargo, Blue Cross Blue Shield, AT&T, Rainbird, IHC, American Express, and Prudential.

“Fear can be a marvelous teacher.”

How do you define success?

Success is knowing that those that know you the best love and care about you the most.

An “A player” is the one who dishes out assists.

How can we become better mentors?

How can business owners reach that elusive next level?

How best to connect with Chad: